Dart In, Dart Out, Distracted

Be sure to check the special note at the bottom of this story.

“I just needed to get some groceries. Dart in, dart out, done. Then I saw this guy and his cute little kid asking him for an apple. He responded in a language strange to me. That and his brown skin made me think he was Arab and likely Muslim. That made me think God wanted me to talk to him. But here I was, wearing a flag t shirt and carrying. All I needed was a dip of snuff in my lip and I was the classic American.”

“I struck a quick deal with God: If the guy was still there on my way out, I’d talk to him. I grabbed my stuff, headed back to the front of the store and, dang, how long does it take to pick out produce?!?”

“Excuse me, I heard you speaking a different language, do you mind me asking where you’re from?” He seemed a little hesitant, but said, “Jordan.”

“No way! I know someone who’s been there. Do you mind me asking how you’d say ‘hello’ in Arabic? (Even though I knew the answer!)”

“He said, ‘Merhaba.’ I asked about a couple other words. He asked how long I’d been in Phoenix. We talked for just two minutes, then I used the word he told me for ‘goodbye’ and left.”

“Why did I do this? I wanted him to know that not all American guys are jerks who think all Muslims are jerks. And I wanted people in the store to see that conversations like this can take place”

“Would I do it again? I can talk to anyone. I’m good at it. But, dang, this was big time uncomfortable. My first thought is that I did it and can check it off! But yeah, I probably will do it again.”

I’m super proud to share my son’s story to mark the 100th edition of Muslim Connect. And I’m hugely grateful to you for reading. Thank you for helping us reach this milestone. To celebrate and demonstrate that gratefulness, I have a $50 Amazon gift card to award one reader who shares this story on Facebook, posts it on Instagram, forwards it to a friend or just writes me and asks to be entered! Let me know what you did and I’ll put you in the contest. The winner will be chosen at random on Dec. 26th.

Hello, My Name is God 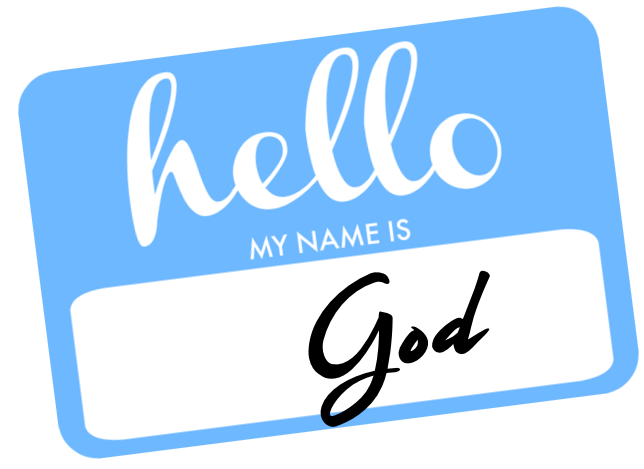 Want to try something fun at an upcoming Christmas party or family gathering? See how many Biblical names and titles for God you can come up with! [Warning: Avoid the “Does God = Allah” debate unless you want everyone to get mad and go home early so you can get some sleep!]

Just start with Jehovah and go around the circle with the names God calls himself and others call him in the Bible. How many do you think you and your pals could get? You’ll probably come up with a couple dozen, depending how many Sunday School attendance medals were collectively won by the group!

You may know Muslims have 99 names for God. (And many Muslims know them all!) Again, sidestepping the “Does God = Allah” debate for the time being, I share this for two reasons.

I share this because it’s helpful to know what may be in the mind of your Muslim friend when she speaks of God. Also, deepening our understanding of how Muslims see God will likely grow our amazement at the goodness of God revealed in the Bible and the maybe even cause greater desire for our Muslim friends to know the fullness of the abundant life Jesus came to bring.

What name or title of God is particularly meaningful to you?

What If We’re Over-run? 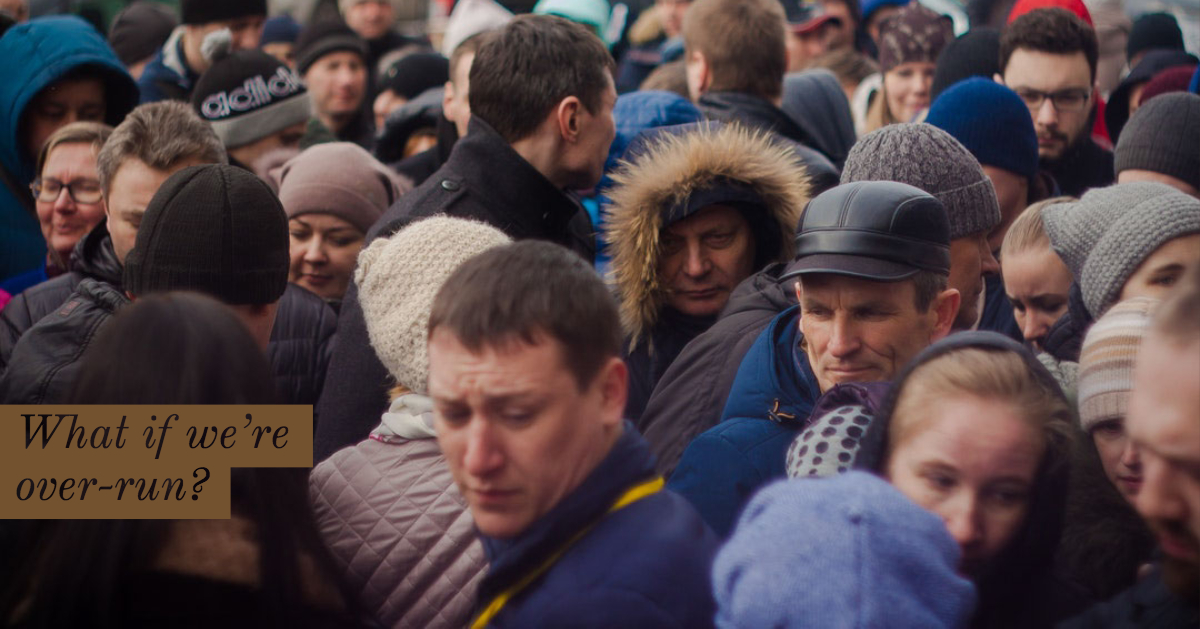 A friend who’s lived among Muslims for decades and is way smarter than me says every Muslim hopes in their heart that Islam will take over the world. A Muslim Connect reader who’s more honest than me confesses to being mildly “triggered” by that notion.

How about you? Do you wonder about that? Worry about it?

First: If so, what are we fearing about a Muslim take over? Losing our way of life? Suffering of some sort? And what’s beneath that? If I dig down, I find that my worrying lands on a sad assumption that God’s getting beaten. Or more likely that I’m quite mistaken in my understanding of God.

Secondly, if it’s true that Muslims are trying to take over the world, what is the biblical response? I’m honestly interested in your thoughts on this. What does the Bible say we should actually think and do, whether that supports or contradicts American (Or your country’s) ideology?

Third, do suppose others wonder about being overrun? Do Muslims worry about Christians taking over the world. What do non-Christians feel when they see a Christmas card or song quoting Isaiah 9.7
“Of the increase of his government and of peace
there will be no end. . . from this time forth and forevermore.
The zeal of the Lord of hosts will do this.”

It’s vexing sometimes. I honestly believe Jesus will reign on the earth. And that he won’t make everyone to follow Islam, as some Muslims believe.

In the meantime, though, there’s plenty of pain and challenge to go around. Jesus’s words warn and encourage, “I have said these things to you, that in me you may have peace. In the world you will have tribulation. But take heart; I have overcome the world.”