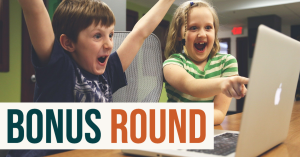 I hope you have absolutely killed this week! I have absolutely just barely made it alive to almost the end of the week! School’s begun here in our little part of the world and that means I’m riding herd over three kiddos doing a variety of in-person, hybrid and full-time virtual school.

This yields two results: I’m hitting my daily step goal walking back and forth between the two kids and their gremlin-infested computers and two, I’m struggling to string together two consecutive thoughts.

Arguably, I’ve never been that skilled at stringing together thoughts, but it’s even tougher these days. As a result, you get the rapid fire bonus round of Muslim Connect today.

David Wood
If you like poking the bear, David Wood might be your guy. He’s crazy smart and pleasingly snarky! His “Five Reasons Christians Should Learn about Islam” video is a great start. His YouTube channel has both brief and long form videos. What sometimes seems to me like lack of respect and honor for Muslims also reminds me that God feels free to use all kinds of people to get his work done.

Pray for Muslim Teachers
Faithful Muslim Connect reader Mert encourages us to pray for Muslim school teachers. He interacted with one yesterday who was praying not to lose her sanity. While we’re at it, let’s spread that prayer net out to include all teachers.

Joke of the Day
Why do Muslims like Covid? Because they’re not getting blamed for it! Yes ISIS desperately tries to validate itself by stepping up attacks and encouraging children (!) to spread the disease to non-believers, but most normal Muslims must be happy that the damage of the virus is not getting pinned on them.

Thank You Video
The annual Muslim Connect summer fund raiser was designated to help me purchase equipment for effective videos. Watch this video that’s both a thank you and a tribute to the success of the campaign. 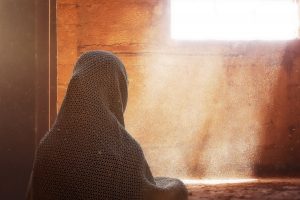 You’ve probably heard the basics: Muhammad married Aisha when she was six and consummated the marriage when she was nine and he was 53. No way around it, that behavior is gut-wrenchingly wrong. Any place, any time in history: Sex with a pre-pubescent girl is wrong.

Here’s the question: If the prophet of Islam did something as horrendous as that and the 1.8 billion followers of Islam don’t excoriate him, are they not likewise guilty?

And following: If they are guilty of pedophilia, should non-Muslims take against them whatever action is necessary to either change their minds or remove them from society?

Or, is the equation not as black and white as we’d like? Is there nuance?

Turns out not all Muslims agree on Aisha’s age. One Muslim scholar friend responded to my inquiry, saying, “She was 19. I thought this issue was settled by now.” (Honestly, I haven’t been able to discover what percentage of Muslims agree with that and a Christian friend warned me about spreading Islamic propaganda by sharing that idea.)

The complement of Muslims who do agree with the traditional age markers of six and nine must either think pedophilia is ok, have reasoned out a way to deal with it or just ignore the issue. (They wouldn’t be the first religious people to do something like that!)

What about you and me? Would we be more relieved or grumpy should sound research and consensus take the “Scarlet P” off Muhammad’s robe?

If you agree most Muslims today are not “pro-pedo,” (as I suspect you do) what do you say to Christian friends who disagree?

How do our hearts and minds on this issue contribute to the growth of God’s kingdom among Muslims?

Expect re-wording and retracting next week! I’m less expert and more fraidy-cat in this discussion, but my soul resonates with my former organization’s motto: With love and respect inviting all Muslims to follow Jesus.

In Praise of Hummus 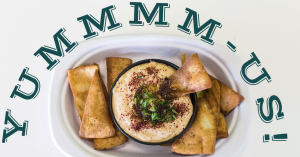 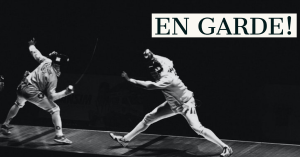