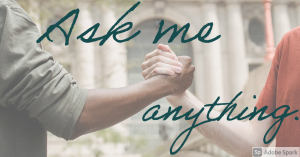 Fears That Strip Life from Life 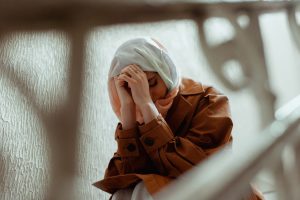 How’s your fear level these days? At the moment, mine’s pleasantly low: I survived a (relatively easy) bout with Covid, finances are fairly stable and I have a reasonably strong sense that both God and my tribe love me.

As you’d guess, none of those things are always clipping along at 100% and it doesn’t take much introspection for me to recall crippling, awake-in-the-middle-of-the-night, fear.

I don’t know where you are right now, but I think we can all agree that fear is no fun. And it’s a wrestling match between what you see and feel and what you believe to be true about God.

I don’t know if Muslims generally deal with more fear than Christians, there’s so much diversity and so many variables. I do know, however, that some fears are felt more in some Muslim cultures than they are in mine, and probably yours.

The narrator shared his own fear as he grew up regarding others’ perception of him, including the disapproval of God as he understood him from the Quran.

He then prayed for other Muslims who fear. . .

. . .of not conforming to the expectations placed on them,

. . .asking for help and being vulnerable with people around them,

. . .asking questions about their faith because of potential consequences,

. . .rejection, of being disowned, of disapproval, of disappointing the people they love,

. . .the darkness they see inside themselves,

. . .their own sin being revealed,

. . .being discovered as a fraud or hypocrite,

. . .what will happen after they die,

We’ve felt some of these, haven’t we? Others are beyond my imagination. May Muslims all over know Jesus’s reassurance from Luke 12.32, “So don’t be afraid, little flock. For it gives your Father great happiness to give you the Kingdom.”

A Small Good Deed for Eid

Around the world today, Muslims are celebrating Eid Al Fitr, the holiday that basically says, “We did it. We fasted through the month of Ramadan!” Of course in many places, celebrations will be thwarted by lock downs, restrictions and the presence of sickness in the family.

Personally, I’m celebrating a couple of things this morning: 1. I’m recovering from Covid! If you prayed for me, thank you very much. I’m feeling super grateful for life and health. 2. I asked us all to consider fasting at least one meal last Saturday and pray for Muslims during their Night of Power. One hundred and three of us checked the counter saying we were in! Thank you so much! May God hear and answer our prayers beyond all we can ask or imagine!

In many places the end of Ramadan has come with violence and death: The deeply sad and apparently intractable situation with Jews and Palestinians, the uptick of evil in Afghanistan, the ravages of Covid in India, and likely many others situations I know nothing about.

While we pray for the kingdom of God to come, here’s a tiny little bit of kingdom peace you can spread today. Right click the image above (control click for the cool kids!), copy and paste it in your Facebook feed, on Instagram, Twitter, TikToc, Parler or some other nifty social media I’m clueless about.

Doing this will not get us to herd immunity. Nor will it solve the riddles of time and space. And it won’t get us flying cars! But it just might let one person know you see them. And it might encourage one person to see Muslims with a kinder eye. 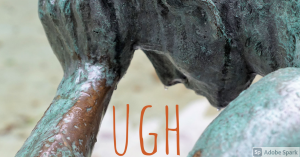 Dang COVID! I think I’ve turned a corner toward recovery, but still sort of feel like I got rolled over by a giant panda. . .while he was sumo wrestling a hippo!

Even so, I wanted to get a quick word out to you. Laylat al-Qadr, the Night of Power, will be observed by Muslims around the world this Saturday, May 8th. I wrote brieflyabout it last week and asked that we consider fasting at least one meal that day.

As this goes out, 57 of us have signed up, expressing our intention to fast. I’d love to hit 100, so if you’re thinking about it, please click here, then click the little blue-ish plus 1 sign. Super simple.

Brian B, Muslim Connect reader and all around amazing guy, has invited us to join an online prayer gathering Saturday from 8am-8pm est that will meet here. I hope to tune in for part of it. Join me?

Finally, if you’re inclined, I’d be grateful for prayers for recovery. Thank you.

Coveting “Clean,” Plus a Big Challenge 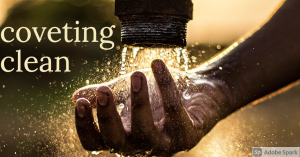 I once asked my young daughter, “Sweetheart, what is all over your face?” She paused, pondered and asked in return, “Hmmm, I don’t know. What color is it?”

With the possible exception of her, and then only for a very short time in her early life, most of us want to be clean, don’t we? Not just our faces. Our lives, our very souls. We want to be forgiven, free of blame, we want to hear Jesus’s words to the paralytic spoken directly to our faces, “Friend, your sins are forgiven.”

One way to be clean is to decide that nothing makes you dirty. If there are no rules to break, then there is no guilt to be carried. Alternatively, some religions have developed elaborate rituals, pilgrimages, even literal bathings in this pursuit. For instance, 3.5 million Hindu pilgrims participated in this year’s Khumb Mela pilgrimage. They gathered through out the past month in spite of, and contributing to, the devastating second covid wave that is bringing India to its knees today. The purpose? A sin-cleansing dip in the Ganges.

In a Muslim worldview, the best chance for forgiveness comes on Laylat al-Qadr, the Night of Power, which occurs next week toward the end of Ramadan. It commemorates the beginning of the quranic revelation from God to Muhammad. Many believe that the destiny of your coming year is determined on this night, that sins are forgiven and good deeds are multiplied. (Read more here and determine what your contribution should be based on your net worth!)

My friend Isa challenged me to fast one day during this year’s Ramadan. Since Laylat al-Qadr is such a spiritually active night, I’m planning to fast next Saturday, May 8th. Would you care to join me? You could focus prayers on your Muslim friends, my friend Isa or the Islamic world in general.

I’d like to tell Isa that 100 of my friends are fasting (even one meal would be cool) and praying for him and his brothers and sisters. If you’re willing, please count yourself in here.