A Lifetime in One Night 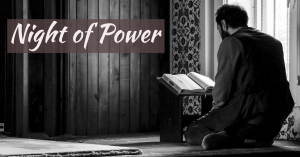 Watch Out for Those Fast(ing) Little Muslims 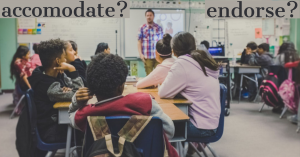 A good bud recently sent a link to an article describing legal action the Freedom of Conscience Defense Fund took against two school districts in the Seattle area. According to the article, “The schools are accused of implementing pro-Ramadan policies that are being followed during the Islamic holy month. . . .”

It seems the Washington chapter of the Council on American Islamic Relations (CAIR) sent an email advising schools how to care for Muslim students during Ramadan. They encouraged greeting Muslim students with Ramadan Mubarak (Happy Ramadan), providing a location to sit out lunch and not scheduling finals on Eid, the celebration at the end of Ramadan.

At least two school districts passed the guidelines on to their principles and teachers. When a teacher and some parents complained, the FCDF stepped in, saying the schools were, “running roughshod over the First Amendment’s mandate of government neutrality toward religion.”

To me, the CAIR guidelines seem more a helpful tool for schools with growing Muslim populations than advocacy for special treatment or something more nefarious. Yet the media reports generally don’t see it that way, sometimes emphatically decrying the situation.

So what do you think is going on here?

My initial, admittedly cynical, thought is that the alarm is designed to get page views and generate ad revenue. And (really cynically) maybe to keep those Muslims and other foreigners in check. But I honestly want to understand better what’s going on. What are your thoughts? Care to comment? I’d be grateful if you did.

Want to hang out with the tribe? If you’re connecting with Muslims on a regular basis and would like a weekend of connecting with others like you, attend one of two upcoming gatherings. No speakers or workshops, just like-minded followers of Jesus sharing wins and losses, encouraging each other and seeking God together. Northwest: June 14-16. Southern California: September 20-22. Email me for details.

Me? Islamophobic? Good Heavens, No! 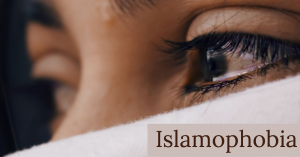 The Institute for Social Policy and Understanding recently released their American Muslim Poll 2019. Since the whole of my limited social science experience has been qualitative, rather than quantitative, you’re likely a better judge of these findings than me.

I make no claims for the veracity of this study (though it looks reliable), but want to share the statements underlying their Islamophobia Index and two conclusions which encourage me to keep writing Muslim Connect.

According to the report, “The Islamophobia Index is a measure of the level of public endorsement of five negative stereotypes associated with Muslims in America.”

1. Most Muslims living in the United States are more prone to violence than others.

2. Most Muslims living in the United States discriminate against women.

4. Most Muslims living in the United States are less civilized than other people.

5. Most Muslims living in the United States are partially responsible for acts of violence carried out by other Muslims

What does this list stir in you? For me? Well, I’m saying “mea culpa” to some of them and for others, “Is it a stereotype if it’s true?” Dang it. I know better!

After illustrating at length that white evangelicals (Again, mea culpa!) score higher for Islamophobia than any other profiled group (Jews won, if you’re keeping score!), the report points out two things which correlate with lower scores on the index:

“Simply knowing a Muslim. . . cuts one’s likelihood of negative perceptions in half.”

“Knowing something about Islam is an even stronger predictor of lower Islamophobia than is knowing a Muslim personally.” (Tweet this.)

There you are. Let’s keep learning and let’s keep meeting and befriending Muslims. Toward that end, I’d like to encourage you to grab some Muslim Welcome Cards to hand out to newcomers you see. These are wonderfully practical and tangible ways to say you care. 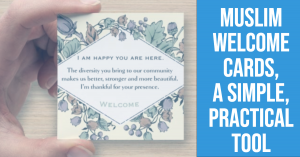