What Lovely Daughters You Have. . . 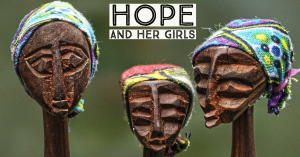 St. Augustine allegedly said, “Hope has two beautiful daughters. Their names are anger and courage; anger at the way things are, and courage to see that they do not remain the way they are.”

Whether or not Augustine actually penned these words, they pack a heavy punch. I’ve been wondering about hope, anger and courage relative to Muslims.

I hope to see hundreds of millions of Muslims dancing in freedom and Jesus-ordained life before their creator. On the way to that, I hope that we have hundreds of thousands of grace-infused conversations. I hope God works in such a wonderful way that Muslims are no longer the enemy, either personally or of the state.

I’m angry that so many Muslims are oppressed by the enemy of our souls, by evil governments, and by other Muslims who believe differently than they do. I’m angry every time a Muslim perpetrates evil using Islam as a covering for his political ambition or in an honest, but misguided attempt to please God. I’m angry for every Muslim in my country who is falsely judged.

And, “Courage,” I pray, “Father, please more courage.” Courage to step up awkwardly and say hello. Courage to stand up when mis-information and fear is spread on Facebook or around the dinner table. Courage to live among Muslims in a city where in a week of looking hard, I might not find one who’s ever known a friend who followed Jesus.

Of course the challenge is to hope for the things of God, isn’t it? To be angry and courageous in ways that please and honor him. What’s your hope? What makes you angry? What courage do you need? May grace abound in and through you today.