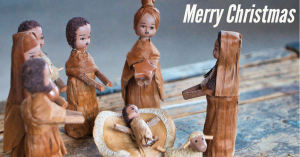 Please see the special note at the end of this email.

Life emerges from blood, sweat and tears; from hopes, desires and fears. Mary delivering Jesus in a strange, but warm and safe place, provides one of the most endearing images of Christmas.

I stood on the sidelines of the sweetest nativity re-enactment this past week. Our church had over a few weeks collected the furnishings to outfit an apartment in a nearby city for a family who’d been evacuated from Afghanistan. Delivery day came and we hauled the cargo to the newly rented apartment.

It would be home to three brothers and the expectant wife of one of them. A cousin worked for the US military, putting the entire extended family in the sights of the Taliban. Eleven of them are now here, but 30 remain in hiding in Afghanistan.

Sixteen hours after we dropped off the cargo, the wife graduated to mom status and welcomed the newest Afghan-American to the world.

My buds and I were the donkeys on the periphery of this nativity. And darn happy to be so.

As we celebrate Jesus’s birth in the next few days, with gusto I hope, may the Holy Spirit remind us to breathe a prayer for those navigating new lives like the holy family of long ago.

Twice a year I invite Muslim Connect readers to contribute to the success and growth of this email. If you’ve found value in Muslim Connect please consider giving a year end gift here (under “Staff” and choose “Shane Bennett”). Half of the funds that come in over the next three weeks will be passed on to help Afghans, possibly the family above, as they resettle in US. Thank you.

Can It Be a “Merry Muslim Christmas?”

If you had two words to describe your ideal Christmas, what would they be? Where would you land if asked to describe this particular Christmas season in two words? For me: Busy and blessed. I’m feeling so much of God’s goodness these days.

But I wonder what Muslims living in a non-Muslim country experience during Christmas. What is allowed, what is forbidden and how hard is it to explain all that to your kids?

If we take a chance and invite a Muslim friend to a Christmas dinner or party or maybe even a Christmas Eve service at church, could they, would they come?

Here is a video in which a Muslim teacher, with grace and empathy, says Muslims, “. . . can do things during the Christmas season that are Muslim things to do, because we believe in Jesus, on whom be peace, and we believe in having decent, halal fun.”

In this second video, the teacher is pretty snarky and reminds me how I don’t want to preach, write or answer honest questions! He says a Muslim should not even say “Merry Christmas!”

Finally, the “Official Website of the Ahmadiyya,” who I’ve found to be some of the nicest people ever give us, “Six reasons Muslims – or anyone – should not celebrate Christmas!” Bah Humbug!

As you would guess the views are various, and I suppose their actual implementation is even more so. It all makes it pretty hard for me to imagine what it’s like to be a Muslim in the U.S. this time of year.

Similarly, I wonder what these weeks are like for our Christian sisters and brothers living in non-Christian countries like Hindu India, Muslim Indonesia or largely secular France.

Let’s pray for them both. The good news the angels shared with the shepherds is good news for outsiders everywhere. And if you get a chance, lean toward adventure: Invite some Muslims to a Christmas event and see how it goes!

If you have a story of inviting a Muslim to your house, I’d love to hear it. I’m writing an article about this next week and your story would be helpful! Thank you.

What About the Boebert Debacle? 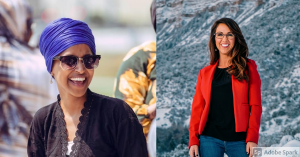 You’ve heard the story, right? Maybe you’ve seen the video. (Or an earlier one.) Congresswoman Lauren Boebert from Colorado made a joke suggesting the only hijab-wearing member of Congress, Ilhan Omar from Minnesota, is a terrorist.

I’m curious: What was your initial reaction when you heard? For me it was a mix of anger, sadness and embarrassment, due in part to a weird mix of commonality with Boebert: She’s the representative for my district, we both claim to be Christian and we both speak out about Muslims.

Before I share a couple thoughts and suggest a response, let me make some disclaimers:

How should we think about this situation? And as people who love Jesus, is there action to be taken?

For starters, it wouldn’t kill me to take a quick check up on my own loyalties. I’d like to say I’m most loyal to Jesus, then country and family, but he and I both know it’s often my own sweet self at the top of the list.

Secondly, for anyone who claims to be a Christian, there’s no free pass based on, “Well, she did really bad things first!” We’re not talking to a seven year old about why he hit his sister.

What can we do? We can heed Paul’s admonition, “that petitions, prayers, intercession and thanksgiving be made. . . for kings and all those in authority. . . .” We can vote. We can train our kids to love like Jesus and attack ideas, not people.