Can Evil Be Restrained? 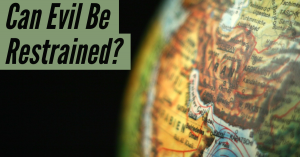 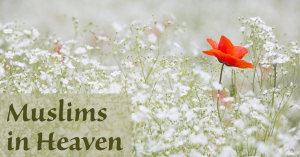 Muslims have a vivid and compelling sense regarding the eternal status of Believers. Jannah, roughly Muslim Heaven, is spoken of in the Quran, the Hadith (collected sayings of Muhammad that carry varying degrees of authenticity) and additional works.

If I say “Muslim Heaven,” one of your first thoughts might be, “Yep, 72 virgins for the dudes! Snicker, snicker!” While that specific notion is not actually in the Quran, some of the sensual descriptions could cause a sailor to blush.

This is less sexy, but it’s in the Quran: “Allah has promised the believing men and believing women gardens beneath which rivers flow, wherein they abide eternally, and pleasant dwellings in gardens of perpetual residence; but approval from Allah is greater. It is that which is the great attainment.”

Somewhere alongside the offers to eat everything you want and then belch perfume, there is a desire for many Muslims to see, to be with, God. While I don’t understand the logic embedded in, “Can’t drink wine here, but there’ll be rivers of it in Heaven,” I don’t want to caricature or disrespect Muslims. It seems counter to the way of Jesus, the way of love.

Then there is the unsure, wishful aspect of admission to Muslim Heaven. As I read articles on how to get to Jannah, many ended with a fingers crossed, “if God wills.” Ah, if our Muslim friends only knew how much God wills it. 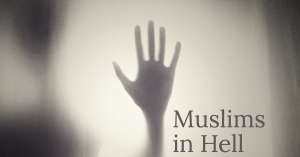 I’m preaching about Hell this weekend. Hit me up with any advice you have beyond, “Don’t preach about Hell on Father’s Day. You’re not strong enough to avoid going for the easy jokes!”

It’s got me thinking about a lot of things, including, “What do Muslims think about Hell?” In spite of some deal-breaker differences, Muslims and Christians have much in common, including a good bit of our understanding of Hell.

So you won’t have to, I spent a fairly depressing day yesterday googling around in Jahannam or Islamic Hell. It is not pretty.

The following bullets are for your general knowledge, but also fodder for potential conversation between you and a Muslim bud.

Lots of press: Hell is referenced over 500 times in the Quran. By some estimates, nearly 20% of its verses mention Hell. Additionally, the topic is elaborated in the Hadith (the collected sayings of Muhammad) and other respected volumes.

Forever or not? Many Islamic scholars contend that Hell is forever. Others say it’s limited for Muslims, but not for non-Muslims. Muhammad has been quoted by some as saying, “There will come on Hell a day when its shutters will strike against each other and there will be none in it.”

Who’ll be there? Among others: Sinners, renegades, fortune tellers, disbelievers, and hypocrites.

What will happen? Eternal torture, including boiling water pouring over one’s head, skin that burns off, then is renewed to burn off again and food that turns to boiling oil in one’s stomach. Cries for mercy and forgiveness remain unheeded.

Weight of fear: As you’d imagine, and may have felt, fear of Hell fills the hearts of many Muslims. While there’s a case for hoping Allah will be merciful, Muslims face judgment without the conviction that Jesus has defeated sin, death and Satan, that full provision has been made to avoid the fires of Hell. 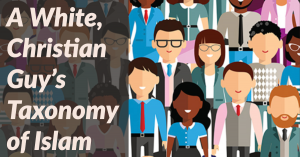 It almost goes without saying: This taxonomy is incomplete, overly simplified, and in some cases wrong! Learn Islam from Muslims, not white guys!

Secondly, by way of reminder: Christianity is every bit as diverse as Islam. There are people who call themselves Christian with whom I disagree regarding essential issues. And likely people who look at me and say, “I do not think it means what you think it means!”

Muslims use a myriad of factors and distinctions by which to categorize and even divide themselves. Few if any of these factors exist in isolation, but rather combine with others in varying degrees of strength to form a given Muslim group’s sense of identity. Additionally, these factors strengthen and weaken over time.

The result is a dynamic and fascinating kaleidoscope. One which honestly exceeds my capacity to depict in a pleasant format!

Muslim = Someone who follows the religion of Islam.

Sects and Schools of thought: Muslims sort themselves into a plethora of subsets of thinking based on religious interpretation. See this amazing graphic.

Ethnicity and region of origin. Muslim does not equal Arab, nor the inverse. Muslims come from hundreds of distinct cultures and ethnic backgrounds. While Arabic may be the tongue of Heaven, near countless languages and dialects are spoken by Muslims who are as different from each other as you are from them.

Orthodoxy and practice: While more or less following the Quran, Muslims believe different things to be true. Additionally, they believe those things with varying intensity and practice them with varying faithfulness. Some Muslims mix Quranic belief with local, animistic practices.

There are Muslims who are Fundamental, Progressive, Practicing, Nominal, Syncretistic and Former.

Then there are the Sufis, found throughout Islam, practicing a more mystical form of the faith. And there are Ahmadiyyas, a reform movement held at arm’s link by most of the Muslim world.

Is your head spinning yet? Mine, too! When we feel like we don’t totally understand. . . we are totally right!