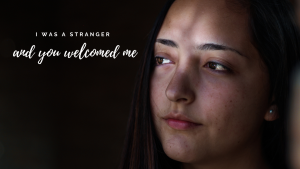 If you’re new to Muslim Connect or just a little curious, here’s a < 2 min. intro to me that I shot today. Just a little peek behind the curtain.

Around our little part of southern Colorado new houses are popping up like dandelions in springtime. You can’t blame builders: People want to buy homes and move here. And I can’t blame people for wanting to move here: I did and it is gorgeous.

But can we handle the influx? The limiting factor in our equation is water. Will there be enough for everyone to sip, flush and shower? No one really knows.

And then there’s the squishier question: Will city-folk change our culture? (We don’t really say “city folk,” but you get the idea.) How will immigrants from Denver, Phoenix and, gasp, California taint the quaintness? Surely there will be effect and it will not be good!

The U.S. and many parts of the world deal with these two questions related to people wanting to move in: Do we have enough to handle them and how will they change things?

Of course, Christians have a couple more questions to consider: What does Jesus think about immigration and how do we follow him in regard to it? What do you think? How does the Bible shape your thinking on immigration?

Here are two extra-Biblical sources that have shaped my heart and mind on these things recently.

•  Iranian film maker, Arash Ashtiani will make you hold your breath! His 16 minute, crazy intense film, The Tunnel, follows three North African men as they attempt to flee from France to England by running through the 31 mile Channel Tunnel. Illegal? Yep, in several different ways.  But it does push me to consider what pushes people to consider such desperate acts.

•  In this Revisionist History podcast, Malcolm Gladwell tells the winsome story of his parents’ sponsoring Vietnamese refugees to their town in Canada and his brother’s tearful connection to a Syrian kindergartner. It is moving and hopeful. I can’t recommend it highly enough. 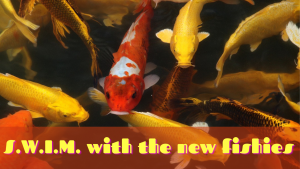 My kiddos took off for their first day of school today. If yours did to, I celebrate with you! You survived the summer! You’re a rock star!

Most of our kids will encounter one of the two following scenarios when they return to school: They’ll be the new kid. (If so, the love of Jesus to them and you.) Or, they’ll discover new students have arrived in their classroom.

I haven’t heard yet what the “new kid” situation is for my guys, but since I really want them to learn to act like Jesus, here’s what I’m planning to share at dinner tonight:

Smile at the new kids. (a normal smile, not the creepy one you use for family photos!) You know how you’re wondering what the year will hold and if kids will like you? They are, too, and probably more so.

“Where are you from?” This is a good starter question and most everyone can answer it. Follow it up with, “What’s it like there?”

“I’m happy to help you if you need anything.” I’ll ask my kiddos to brainstorm what kind of help new kids might need. They probably know better than me. On the off chance it doesn’t come up, I’ll encourage sitting with them at lunch and looping them in at recess.

“Maybe you could come over some time.” (And play Minecraft, of course!) We parents need to act like Jesus too, and playdates are a good catalyst for this.

Some of the new kids will be Muslims, the children of new Americans who’ve recently arrived. By God’s grace, none of them will get through the first week of school without a new friend who has their back, and who eventually helps them know how much Jesus has their back.

Please feel free to forward this to your church, a local Facebook group, your parent list or anyone else who has kiddos heading back to school. thx. 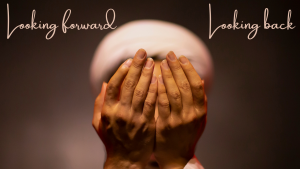 My dentist asked me yesterday if I was looking forward to the kids going back to school. “A little bit,” I confessed. When she said she was sad, I told her, “You’re a better mom than I am!”

While August is a “look forward” month for me, the 15% of Muslims who are Shia are “looking back.” The first month of the Islamic calendar, Muharram, roughly overlaps with August this year. While it means different things for different Muslims, for Shias it is a time of intense commemoration of Husayn, the martyred grandson of Muhammad and in many ways their spiritual leader.

Soon after the death of the prophet, conflict emerged regarding who would take over. One side argued to choose the most worthy person. The others insisted on keeping it in the family. (Presumably they believed that would cover the “most worthy” criteria as well!) As you probably know, this was the genesis of the two main camps of Muslims, Sunnis and Shias.

During Muharram in AD680 the Shia candidate for leadership, Husayn, was killed in a nasty fight in the city of Karbala which is now in Iraq. (If you’d like to get into the weeds on this, check here.)

To commemorate Husayn’s martyrdom, Shias hold services, organize formal mourning and even in some case engage in self-flagellation. My friend Rod Cardoza published a fascinating article in Natural History of his personal experience with Muharram in Ahmadabad, India.

Muharram began this year on Saturday, July 30. The culmination of the memorial, called Ashura, will be observed this coming Monday, August 8th.

Interestingly, a friend just told me that Saturday, August 6th marks Tisha B’Av when Jews fast and remember tragedies from their history.

It seems that Christians don’t go in for mourning so much. Maybe Jesus’s resurrection makes mourning less applicable. Or maybe my white, American, male perspective on life belies a skewed perspective. Either way, my prayers go out for both Jews and Muslims to find soul level nourishment and abundant life as they mourn in these days.