Muslims and the Unborn 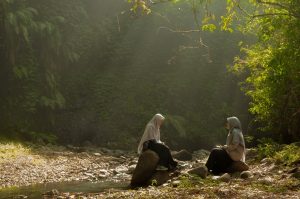 The Supreme Court of the United States intends to overturn Roe v. Wade, giving back the opportunity to legislate abortion to individual states. There’s no bigger story in the news this week.

This landmark possibility gives us opportunity to consider again some of the challenging questions on which this debate hinges: When does life begin? Whose rights come first, the mom’s or baby’s? And how do we love people who answer the questions differently from us, both those who love Jesus and those who don’t?

Since this is Muslim Connect, I’m also wondering how abortion is viewed in Islam.

Like we see with Christians, Muslims think differently about abortion and each group or school or jurist thinks their view is the right one. Muslims living all over wrestle with allegiance to their faith, the forces of modernization and shifting social mores.

The closest I can find to a general understanding of Muslim thought regarding abortion is this:

Given the enormity of this possible decision, we have a wonderful opportunity to talk about real stuff. Not just with our Christian sisters and brothers, but Muslims as well. Let’s keep our eyes (and hearts) open.