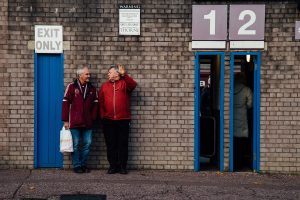 When I grow up, I want to be a wise, old dude. You know, sort of like Kevin Kelly or even better, Tim Keller. Although I am wise enough already to think that may be setting the bar a little high!

Tim (@timkellernyc) recently advised on Twitter, “Never describe the view of an opponent in a way he or she will not own. Rather describe their view so they say, “I couldn’t have put it better myself.” Only then should you proceed to refute the view. If instead you caricature your opponent– you persuade no one.”

My wife just jumped into a seminary apologetics class. Her first assignment requires making a statement contrasting a key point of worldview from another religion to its counterpoint in Christianity.

She quickly realized she could easily, though for a less than stellar grade, simply cite what other Christians said about the Islamic idea she chose. But to really begin to understand, she’d need to read what Muslims say about it. One of her first landing places was “The Quran, With References to the Bible,” by Kaskas and Hungerford.

Doing this will help us get to the starting line Keller advocates. It might also discourage us from passing along statements, statistics and other back stabs that paint Muslims in the worst light possible and create an artificially big and easy target. The results of which Keller claims, “persuade no one.”

If Jesus is who he says he is, he can handle the best Islam has to bring, presented in the best light. Our speech and posture are important in this regard, though they may sometimes be misread as endorsing Islam.

Perhaps it helps if we train ourselves to want Muslims to find fullness of life in Jesus more than desiring to prove Islam wrong. The two choices are not necessarily opposites, but without hesitation, I want to want the first one more.